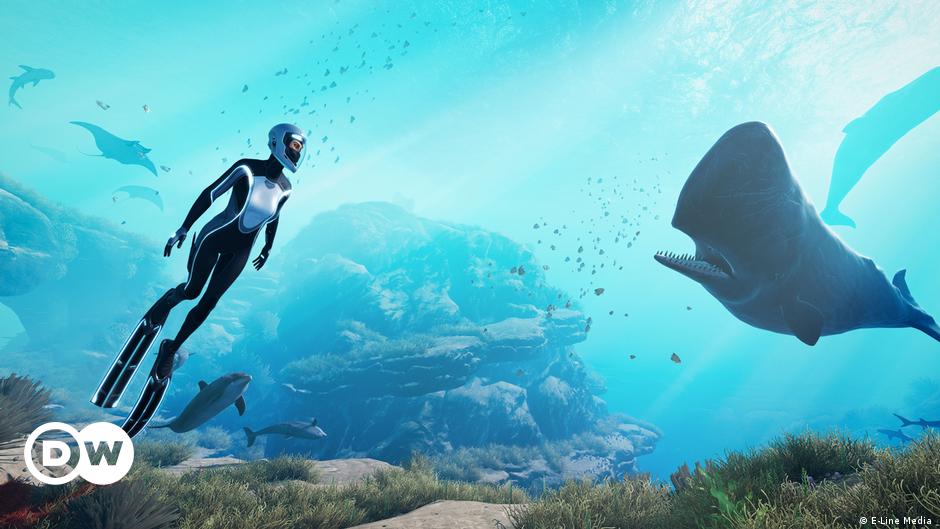 From Sims Eco Lifestyle to Minecraft Climate City, environmental issues are becoming a popular theme in video games. But can the industry deliver on its own green message?

Dressed in a futuristic wetsuit that enables her to stay submerged for hours, diver and scientist Mirai is trying to discover secrets of the deep in the Western Pacific.
Mirai is the animated protagonist in Beyond Blue, an ocean adventure video game set in the near future. Inspired by the BBC Blue Planet II nature documentary, and using some footage from the British broadcaster, the game is designed to make players to care about the marine world.
Both Mirai and the deep she is exploring are based on insights from three real-life experts active in the field of marine biology, oceanography and ocean exploration.
Alan Gershenfeld, a co-founder of E-Line Media, the US game publisher and developer behind Beyond Blue, said he wanted to create a strong protagonist who would serve as a role model for players to connect with and look up to.

"The more gamers care about the ocean, the more they want to explore the ocean, avocational or as a career," he told DW. "I believe, that's a key step towards ocean preservation."
According to a UN report, environmental video games like this one might be the next step in raising environmental awareness. Around 2.6 billion people, or one in three across across the globe, play video games. And the industry generates annual revenue of over $140 billion (€116 billion) — more than Bollywood, Hollywood and recorded music sales combined.

The report describes the reach, creativity and problem-solving ethos of the gaming industry as an "untapped resource for encouraging engagement in environmental issues."