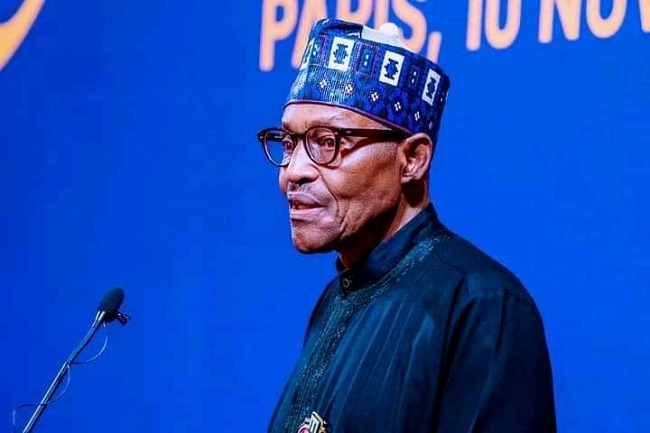 Speaking at the third edition of the Summit in Istanbul, Turkey on Saturday, President Buhari said the Boko Haram terrorist group, though fragmented by internal strife and degraded by Nigeria’s defense forces, is still active and preying on soft targets.

He expressed delight that the Summit convened by President Recep Tayyip Erdogan of Turkey has given due consideration to the issue of terrorism, while also focusing on development and infrastructure in Africa.

President Buhari stated: ‘‘Another area this Partnership must focus on, is the global challenge of climate change which is impacting us in Nigeria, Turkey, across Africa, and indeed across the world.

‘‘It has become a catalyst for conflict through food insecurity, drying up of lakes; loss of livelihood and youth migration, among others.

‘‘The trend is the same around the world where communities are overwhelmed by forest fires, rising sea levels, flood, drought and desertification.

‘‘I want to seize this opportunity to appeal for support for initiatives such as Africa’s Great Green Wall on Environment and Land Management, which is designed to fight the effects of climate change and desertification in Africa.

‘‘The initiative aims to restore 100 million hectares of degraded land in the 11 countries of the Sahel-Sahara strip, capture 250 million tons of carbon and, create 10 million green jobs by 2030,’’ he said.

On the global coronavirus pandemic, President Buhari urged nations to follow the example of Africa-Turkey cooperation, which emphasises solidarity and support in tackling the challenge.

A statement issued by Garba Shehu, Senior Special Assistant to the President (Media & Publicity)further quoted him as saying: ‘‘The pandemic is a global challenge which calls for global solidarity and solutions and the Africa-Turkey cooperation model has proved to be an example to the world.