Back to Articles | « Previous | Next »
Home » The world is facing ‘a moment of truth’ to address climate change, EU chief says

The world is facing ‘a moment of truth’ to address climate change, EU chief says 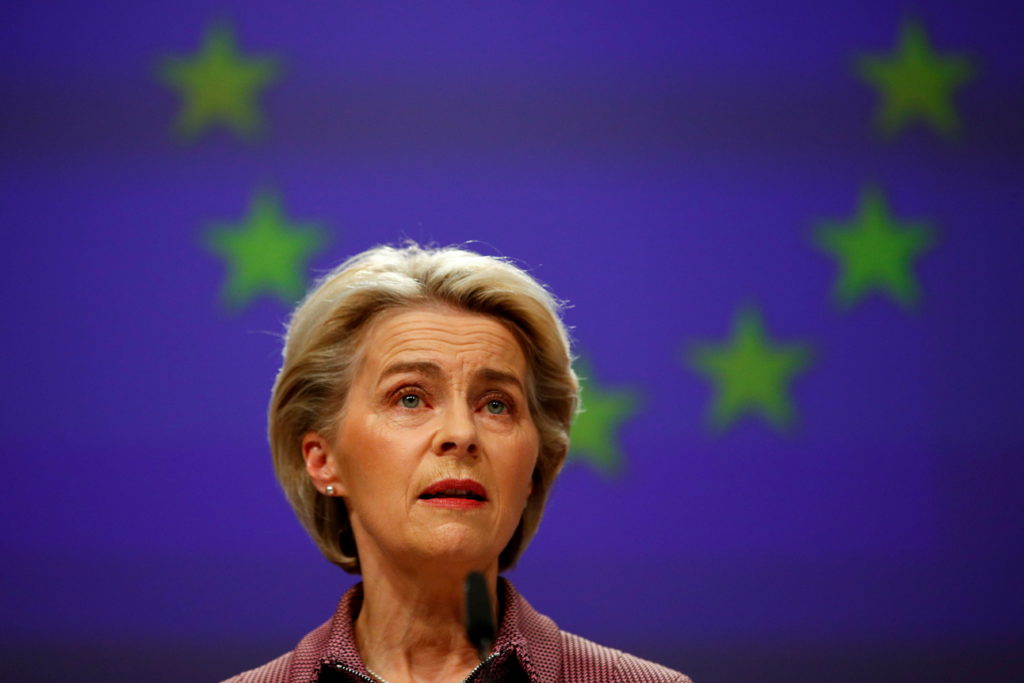 The world is facing ‘a moment of truth’ to address climate change, EU chief says

“What we need is, first of all, leadership,” European Commission President Ursula von der Leyen said before she heads to a weekend summit in Rome of the Group of 20 most developed nations. The 26th U.N. Climate Change Conference, known as COP26, starts Sunday in Glasgow, Scotland.

“We need leadership for credible commitments for decarbonization to reach the goal of net-zero mid-century. But we also need sufficient commitments to really cut the emissions this decade,” von der Leyen told reporters in Brussels.

A new report by the U.N. Environment Programme has found that fresh pledges by governments to cut emissions are raising hopes but aren’t strict enough to keep global warming from exceeding 1.5 degrees Celsius (2.7 degrees Fahrenheit) by the end of the century.

It concluded that recent announcements by dozens of countries, including the 27-nation EU, to aim for “net-zero” emissions by 2050 could, if fully implemented, limit a global temperature rise to 2.2 degrees Celsius (4 F). That’s closer but still above the less stringent target agreed upon in the 2015 Paris climate accord of capping global warming at 2 degrees Celsius (3.6 F) compared to pre-industrial times.

Von der Leyen said the world remains “on a very dangerous course” and that leaders must take immediate steps to limit the global temperature rise to less than 2 degrees.

“It’s not a question of 30-40 years. It’s now. It’s this decade where we have to get better, otherwise we risk to reach irreversible tipping points,” she said.