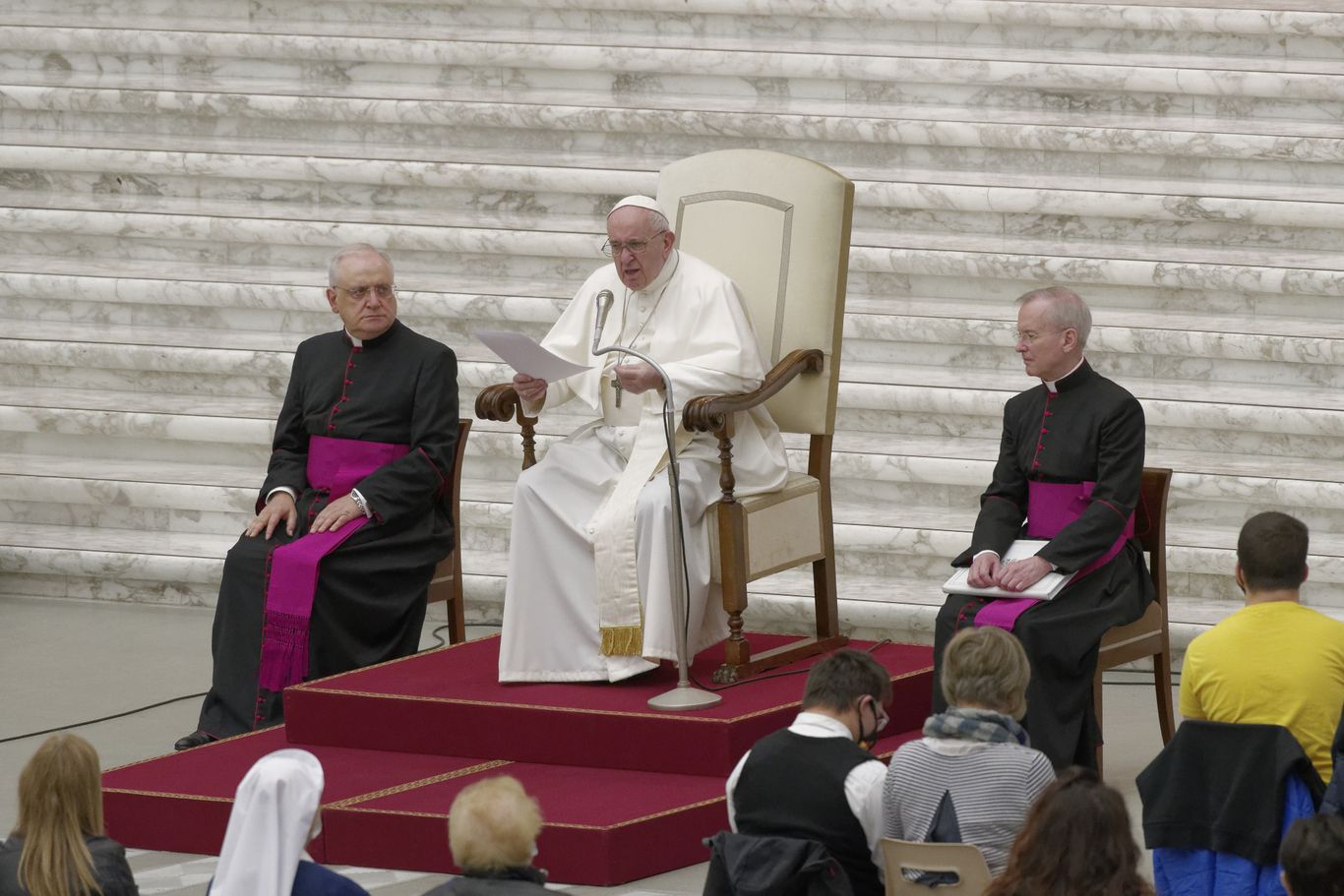 Pope Francis encouraged governments and corporations around the world to protect the planet against climate change and help the poor in a TED talk, AP reports.

Why it matters: Francis warned that the world has "roughly fewer than 30" years to reduce carbon emissions and avoid the worst of climate change. He added that the transition from carbon-based fuels should take into account low-income populations and energy sector workers.

What they're saying: “Science tells us, every day with more precision, that it is necessary to act with urgency — I am not exaggerating, science tell us this — if we want to have the hope of avoiding radical changes in the climate and catastrophes,” Francis said, according to AP.

“In fact, the earth must be taken care of, cultivated and protected; we cannot continue to squeeze it like an orange. And we can say this, taking care of the Earth is a human right."
The big picture: The Pope also called on investors to exclude companies that don't consider the environment, adding that many religious organization have already done so.