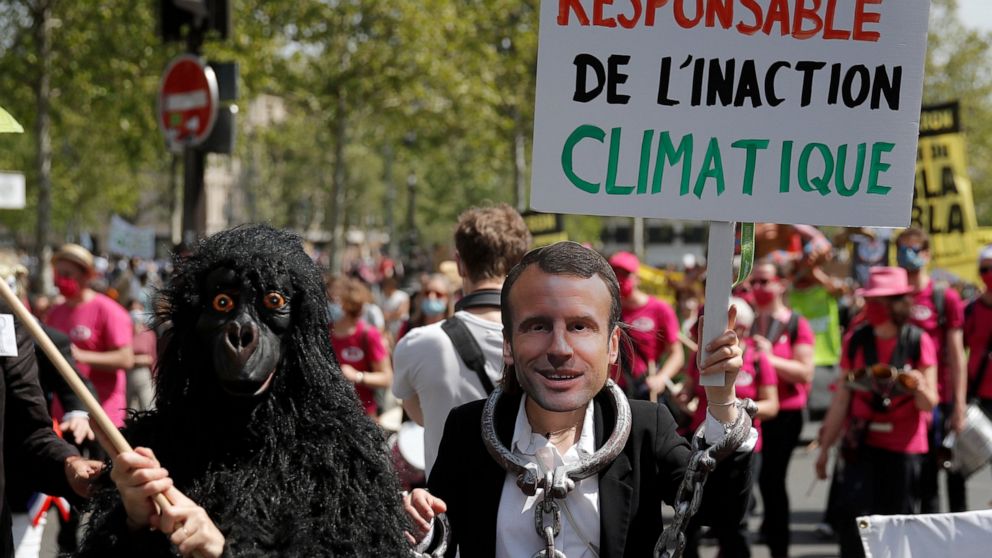 PARIS -- Thousands of demonstrators took to the streets of Paris and other French cities on Sunday to call for more ambitious measures in the fight against climate change.

“As it stands, the (proposed) law is a climatic and social failure,” said a group of climate campaigners, “Ensemble pour le climat” ("Together for climate”).

Activists blame President Emmanuel Macron, who has been very vocal about his support for climate change action, for having “weakened” a set of measures initially proposed by a panel of 150 citizens who had worked for months on the issue.

Sarah Moore of Paris-based nongovernmental organization International Science Council said "we are all here because we are in an extremely urgent situation ... I think France is in a position to do something very strong with the 2015 Paris (climate) Agreement and in fact, we’re not doing anything.”

Victor Duong, 32, a senior executive in Paris, said “we want to have more concrete policy actions, we want countries to commit to emitting less carbon, to being more respectful of the environment, in terms of recycling, agriculture, our way of consuming.”