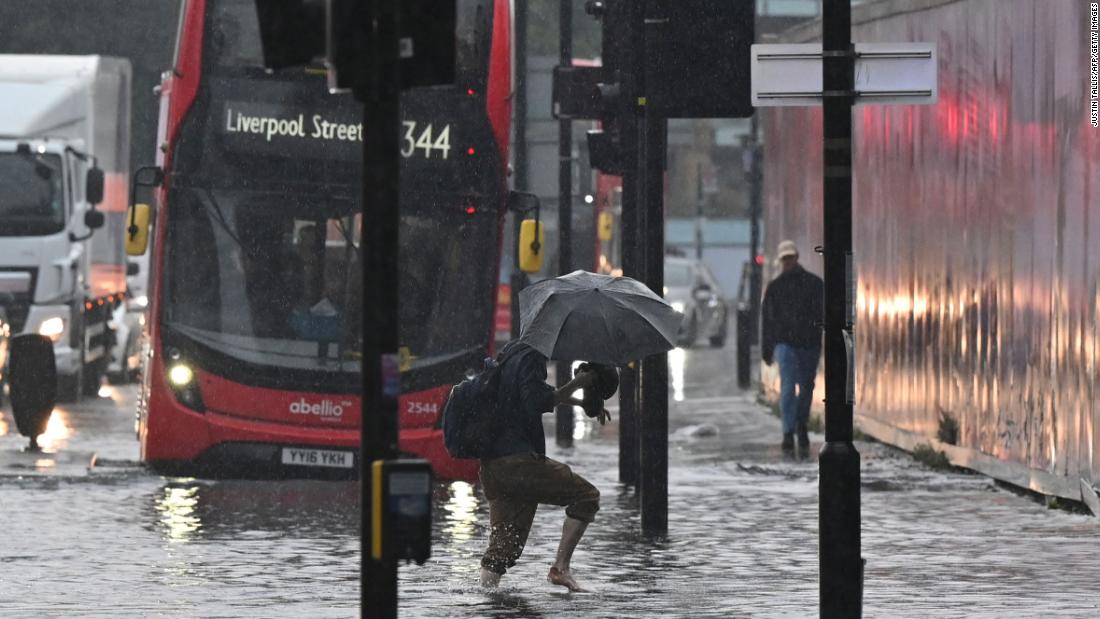 The now-familiar scenes of a city inundated by floods played out in London over the weekend, when heavy rainfall put parts of the UK capital underwater.

When two London hospitals turned non-emergency patients away after getting flooded over the weekend, it was a brutal reminder that even some of the world's richest cities are dangerously unprepared for the kind of extreme weather that is becoming more common and more severe because of climate change.

Climate and infrastructure experts have been warning for years that London, like many other large cities, isn't ready for climate change, with large parts of the city built on a flood plain and a Victorian drainage system that is unable to withstand this kind of intense rain.

A pedestrian crosses through deep water on a flooded road in London on July 25, 2021.

"It's deeply concerning that we're seeing hospital emergency departments having to close because they flooded, something certainly needs to be done to make sure that critical infrastructure is not at risk," said Liz Stephens, associate professor at the department of geography and environmental science at the University of Reading.

According to the Greater London Authority, 17% of London is facing either high or medium risk of flooding, with more than 1 million Londoners live in a flood plain.

The city has built a giant flood defense system on the river Thames to protect itself from tidal flooding, but the barriers are of little help when it comes to flash flooding caused by sudden heavy rainfall -- the sort that is becoming more common because of rising temperatures.