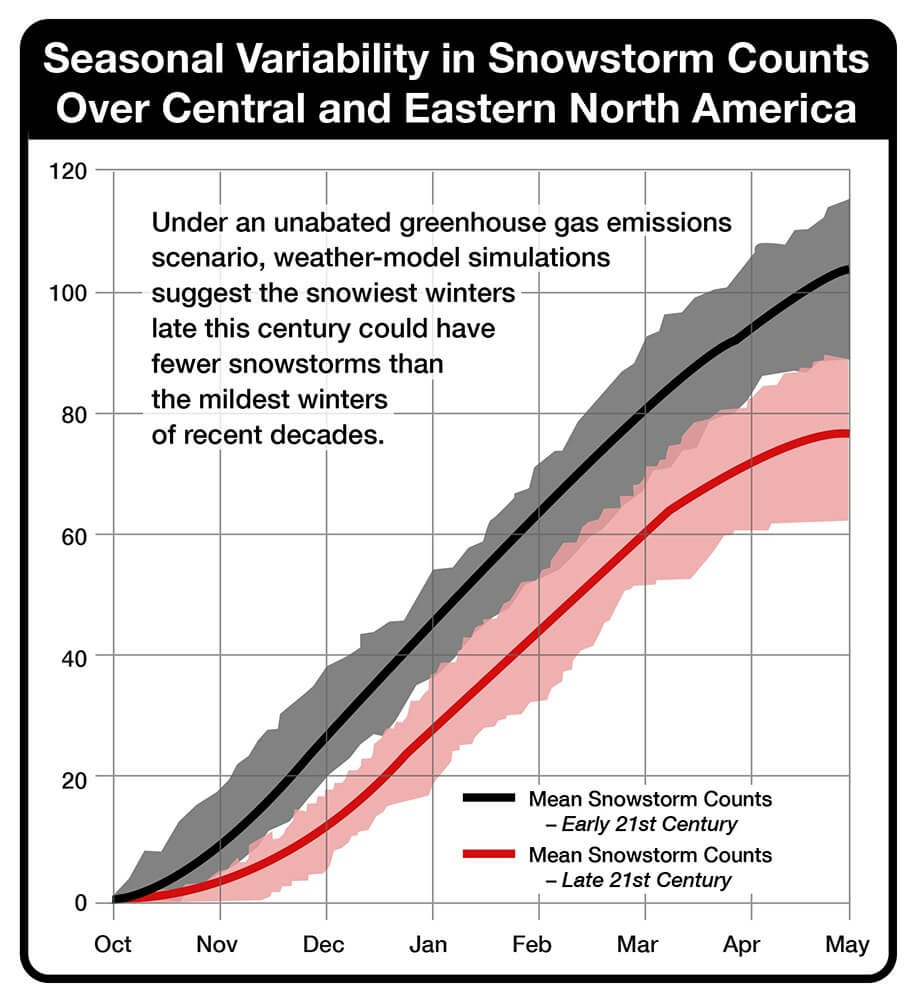 Under an unabated greenhouse gas emissions scenario, the study projects 28% fewer snowstorms on average per year over central and eastern portions of North America by the century’s last decade, with one-third the amount of snow or frozen precipitation and a 38% loss in average snowstorm size.

“If we do little to mitigate climate change, the winter season will lose much of its punch in the future,” said Walker Ashley, an NIU professor of meteorology and lead author of the study, published today (May 25) in Nature Climate Change.

“The snow season will start later and end earlier,” Ashley said. “Generally, what we consider an abnormally mild winter now, in terms of the number and intensity of snowstorms, will be the harshest of winters late this century. There will be fewer snowstorms, less overall precipitation that falls as snow and almost a complete removal of snow events in the southern tier of the United States.”